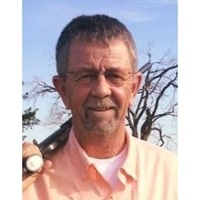 On Thursday, December 17, 2020, Terry Lynn Courtney, age 67, of Tipton, Oklahoma, loving father of two children, passed away peacefully in his sleep at his home in Wichita Falls, Texas.

A celebration of Terry’s life will be held at 1pm Monday, December 21, 2020, at the First Baptist Church of Tipton, Oklahoma, with Rev. Les Banks, pastor, officiating.

Terry was born in Altus, Oklahoma on January 21, 1953. Terry graduated from Tipton Public Schools in 1971. He attended Altus Jr. College and graduated with an associate’s degree 1973. He entered the Army 3rd Armored Division and spent two years in Hanu, Germany. After the service he attended Southeastern Oklahoma State University in Durant, OK and graduated in 1978. He worked as a crop adjuster and retired in 2015.

Dad always wanted to be remembered as an “old hippy.” He really loved the outdoors. He was a true sportsman, who loved all things hunting and fishing. He was great at sharing that passion with friends and family and taught many members of the community how to appreciate these pastimes.

He is preceded in death by his parents: Curtis and Bertha Courtney; Glen and Dorthy Johnson.

An online guest book and sympathy cards are available at:

To order memorial trees or send flowers to the family in memory of Terry Courtney, please visit our flower store.