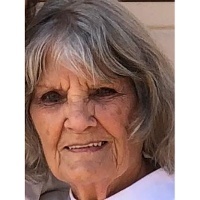 Mrs. Miller passed away Thursday, July 25, 2019, at her residence near Lake Texoma, in Kingston. Burial will be in the Frederick Memorial Cemetery under the direction of Orr Gray Gish & Tipton Funeral Homes.

A family and friends reception will be held from 6 – 8 p.m. Monday evening at the funeral home.

She was born August 2, 1937, in Briartown, Oklahoma, to Wilburn Dale and Euna Love (Dearman) Ritchie. She attended Tipton schools and was united in marriage to Arlis Eugene “Pete” Hatfield on June 25, 1956. From this union two sons were born. She later married Joseph Ray “Joe” Miller on February 20, 1981. Together they owned and operated the Frederick Press Newspaper. She was a member and past president of Etta Gamma Sorority. She also was a member of the Frederick Golf & Country Club, where she enjoyed playing golf. She also worked at Hatfield Bros. Tire & Service Center in Frederick with her sons.

In addition to her parents, she was preceded in death by her husband: Joe, on August 27, 1994; a sister: Shirley Ritchie; and a brother: Dale Ritchie.

To order memorial trees or send flowers to the family in memory of Shelby Miller, please visit our flower store.