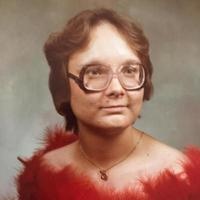 Ruby Anne LaFerr, beloved daughter of Paul and Betty LaFerr, passed away peacefully in her home September 13, 2019 surrounded by family after a long and courageous battle with cancer.

Ruby worked for over 20 years as an LPN in the Frederick area at the local hospital and nursing homes.  Ruby loved being a nurse and dedicated her professional career in the service of caring for others.  However, Ruby always considered Brandon, her son, as her greatest achievement in life,.  Then found out later in life there was another great achievement to be had as “grandma” to Yuna.  They were the lights of her world and kept her fighting for life on the darkest of days.

Ruby is survived by

Ruby is preceded in death by:

The family would like to thank Aspire Hospice for their outstanding care of Ruby and support to the family as Ruby prepared for her journey to meet Jesus.  Thank you Amelia for your dedication and care, even at a moment’s notice.

The family would also like to extend special thanks and gratitude to Pat Thompson and her husband Mickie.  There just aren’t adequate words to express our gratitude.

Pat has been a true friend to Ruby and all of the family, standing with us and being there with an encouraging word and a prayer in the hard times.  Pat would check in on Ruby when family was out of town, taking her out to eat, running errands, sending cards of encouragement to make us smile, being there just to listen when our hearts were heavy, and sharing our laughter in the good times.  We are blessed to know you and proud to call you daughter and sister as an adopted member of our family.  We could not have done this without you.

To order memorial trees or send flowers to the family in memory of Ruby Anne LaFerr, please visit our flower store.