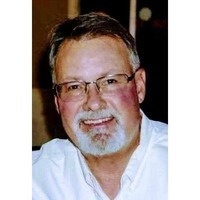 Memorial service for Robert Wayne “Rob” Caudill, age 63, of Frederick, Oklahoma, will be held at 3:00 p.m. Sunday, January 10, 2021, at the First Baptist Church of Frederick with Rev. Les Banks officiating.

Mr. Caudill passed away Wednesday evening, January 6, 2021, at a Lawton, Oklahoma, hospital. Arrangements are under the direction of Orr Gray Gish Funeral Home.

He was born March 6, 1957, in Frederick, Oklahoma. He grew up in Frederick and attended Frederick schools, graduating with the Bomber Class of 1975. He attended the University of Oklahoma. He was a “Handyman” and “Mr. Fixit”. He had numerous jobs in his lifetime. He was working at Footlocker when a customer he met would soon become his wife. He was united in marriage to Renee Carrie Beck on June 16, 1994, in Vernon, Texas. Rob also worked for many years at the Community Action Development Corporation (CADC), providing services in a number of ways, including being in charge of the youth sports leagues. It was a perfect fit for his patient, amiable attitude and love for young people and athletics. He was a “life coach” for many youngsters that were a part of the CADC youth sports programs. One of his proudest accomplishments was playing competitive softball with a local team in Frederick that traveled the country and won the Softball World Cup in 1988. He was a sports fanatic of all kinds and even was instrumental in helping get Cross Country running implemented here. He worked in maintenance for the Kiowa Casino. Rob enjoyed hunting, fishing and golfing. He was a member of the Frederick Golf & Country Club and played in most of the scramble tournaments held there. He was a member of the Bible Baptist Church in Frederick.

He was preceded in death by his mother: Dora Mae Caudill.

To order memorial trees or send flowers to the family in memory of Robert Wayne Caudill, please visit our flower store.