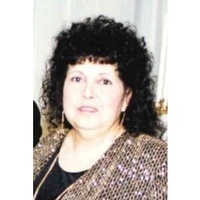 Funeral for Louise Garza, age 74, of Durant, Oklahoma, formerly of Frederick, will be held at 10:00 a.m. Friday, February 22, 2019, at the First Baptist Church of Frederick with Bro. Bill Ledbetter, pastor of Fairview Baptist Church, Durant, and Bro. Johnny Flores, officiating.

She was born May 18, 1944, in Lawton, Oklahoma, to Antonio “Tony” and Barnarda “Nina” (Cobos) Gonzales. She grew up in Frederick. She was united in marriage to Saturnino “Jimmy” Garza on October 19, 1963, in Frederick, Oklahoma. They lived in Frederick for several years and Louise worked at both Kellwood and Frybrant manufacturers. They moved to Snyder and then to Purcell, where she worked for Hy-Test. She and her husband moved to Durant where she lived for 30 years and she worked at Gen-Star and S.E. Trailer Transport until her retirement in 1999. She enjoyed arts and crafts, especially painting and woodworking. She was a member of Fairview Baptist Church in Durant.

She was preceded in death by her parents; two brothers: Cecil and Louis Gonzales; and three sisters: Margaret Gaitan, Flora Rocha and Josephine Flores.

To order memorial trees or send flowers to the family in memory of Louise Garza, please visit our flower store.