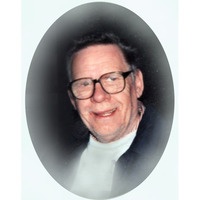 He was born October 16, 1938, in Indiahoma, Oklahoma, to Isaac and Clara M. (Greenhaw) Harrison. He attended school in Indiahoma before moving to Duncan and then to Tipton, where he graduated from Tipton High School. He was united in marriage to Carolyn Sue Roberts on May 27, 1966, in Frederick, Oklahoma. He worked at Centra Leather Goods and upon moving to Fort Worth, Texas, began work for Tandy Leather Goods. In 1972, he returned to Frederick. He also lived in Lawton as well as Frederick and Tipton. He was a member of the Church of Christ.

He was preceded in death by his parents; a brother and sister-in-law: Thomas Lee “Tommy” Harrison and his wife Phyllis; and a daughter: Cindy Sue Harrison.

Survivors include his son: Richard Harrison, of Vernon, Texas; a brother: Bill Harrison and wife Doris, of Altus, Oklahoma; and two nephews: Charles and David Harrison, both of Irving, Texas.

To order memorial trees or send flowers to the family in memory of Lloyd L. Harrison, please visit our flower store.