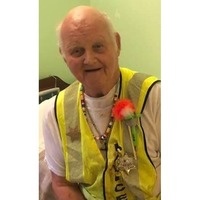 Lynn passed away Tuesday, March 10, 2020, at the Memorial Nursing Center in Frederick.

He was born November 26, 1950, in Lubbock, Texas, to William Carl “W.C.” and Minerva Rosa Belle (McDaniel) Duncan. He grew up around Snyder and worked as a farm worker. He lived in Blair before moving to Davidson in 2010. Lynn loved to be “the Sheriff”. He never met a stranger and he had such a kind gentle generous spirit as well. He was known for his appetite and enjoyed baby-sitting young ones.

To order memorial trees or send flowers to the family in memory of Lynn Duncan, please visit our flower store.