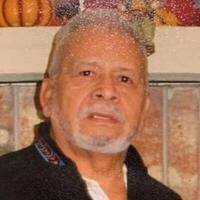 Joe Flores, age 79, formerly of Archer City, Texas, went to be with the Lord on June 20, 2021 at his daughter’s residence in Raymondville, Missouri.

Joe was born September 10, 1941 in Walters, Oklahoma to the late Jessie Velis Flores and Mercedes Tina Martinez Flores.  He was raised in Frederick, Oklahoma where he attended Frederick Schools.

Joe proudly served his country in the United States Army from December 1961 until January 1963.  He was trained as a marksman, a sharpshooter and 1st class gunner and earned a good conduct medal.

He was employed by Dr. Flanagan at Frederick Animal Hospital and Dallas Automotive until he moved to Archer City.  He then was employed by Tranter, Inc. in Wichita Falls for fifteen years until his retirement.  He completed his final working days as a laborer, a welder and a small business man.

He was also preceded in death by his sister, Lois Coronado.

To order memorial trees or send flowers to the family in memory of Joe Flores, please visit our flower store.