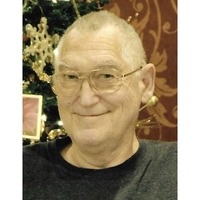 Inurnment with Masonic Rites and United States Air Force Honors will be at the Frederick Memorial Cemetery. Arrangements are under the direction of Orr Gray Gish Funeral Home.

He was born April 16, 1941, in Frederick, Oklahoma, to Verdie Louis and Margie Winifred “Marie” (Morris) Freeland. He attended Frederick schools and graduated from Frederick High School. He entered the United States Air Force on July 14, 1960. He served honorably and was discharged on July 13, 1964, at Vandenberg Air Force Base, California, as an A2C. He moved to Vidor, Texas, and worked for General Electric and Oil Field Tractor Supply. He returned to Frederick and worked at Centra Leather Goods until its closing. He was united in marriage on December 19, 1965, in Frederick, Oklahoma, to Rita Dea Orr. She preceded him in death on February 1, 2007. He and his wife owned and operated several Sonics. They refurbished a Sonic in Clinton that was damaged by fire. They opened the first Sonic in Cordell and then two in Ponca City. He returned to Frederick in 1982, to be with and care for family. He worked at Temple Inland as a maintenance journeyman until his retirement in 2001.  He became a Mason in 1970, making him a 50 year member of the Frederick Masonic Lodge #249, where he served in most every capacity including two separate occasions as Worshipful Master in 1987 and 1991. He and his wife were also members of the Order of the Easter Star, Frederick Chapter 203.

In addition to his parents and his wife, he was preceded in death by his sister: Louetta Freeland Holcomb.

To order memorial trees or send flowers to the family in memory of Jarvin Keith Freeland, please visit our flower store.