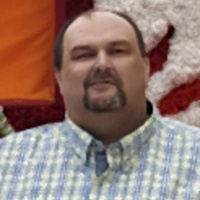 A memorial service will be held at a later date. Arrangements are under the direction of Orr Gray Gish Funeral Home.

He was born December 5, 1970, in Saugus, California, to John and Nancy (Niles) Neuner. He grew up in California and graduated high school at Saugus. He moved to Albany, Oregon and entered the United States Army on July 12, 1989, at Portland, Oregon. He served Foreign Service overseas in Desert Storm for over two years. He was honorably discharged on August 20, 1992, at Fort Sill, Oklahoma, as a SPC. Included among the decorations and citations he received for his valor and service include: Army Service Ribbon, National Defense Service Medal, Southwest Asia Medal w/ 3 Service Stars, Overseas Ribbon, Kuwait Liberation Medal, Army Achievement Medal, and Driver Badge- w/ Rifle M16 Marksmanship. Don was united in marriage to Kristi LeAnn Hanes on March 30, 1992, in Vernon, Texas. After his military discharge, Don began his career in truck driving and worked for over 25 years and was a trucker along with his wife and best friend as a team, at the time of his death. His number one priority was family; he was passionate about his kids and grandkids. He loved family trips and was the planner, always insisting that “everyone comes.” He was an avid online shopper and loved ordering things for his family on Amazon. He enjoyed fishing and cooking, especially smoking meat.

He was preceded in death by his father: John Neuner; and maternal grandfather: Bill Niles.

To order memorial trees or send flowers to the family in memory of Donavan Neuner, please visit our flower store.

Memorial Service to be held at a later time.