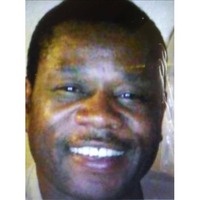 Donald “Rusty” Adams passed away Tuesday evening, April 14, 2020. He died at Lawton, Oklahoma, at the age of 58 years, three months and 14 days. He was born December 31, 1961, in Clinton, Oklahoma, to James Adams Sr. and Hazel (Epps) Adams. He attended Frederick schools and graduated from Frederick High School with the Class of 1980. He worked as a kitchen supervisor short order cook at several restaurants. At the time of his passing, he worked at Back Porch, in Lawton. He had previously worked at: Golden Corral, Garfield’s, Lone Star Steakhouse, all in Lawton, and Mr. Burger, Pizza Hut and Sonic, in Frederick. He loved to watch his favorite football team, the Dallas Cowboys. He enjoyed making up dances, cooking, singing and hanging at friends’ house. To know (Rusty) Roscoe was to love him.

To order memorial trees or send flowers to the family in memory of Donald "Rusty" Adams, please visit our flower store.