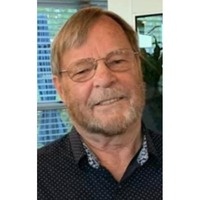 Everett David Ritchie was born April 23, 1947 in Briartown, OK to Wilburn Dale and Euna Love (Dearman) Ritchie.  He attended school in Tipton and graduated from Frederick High School in 1965. After graduation, he served with the United States Air Force for four years. He retired from Yamanouchi in Norman after working many years in their Maintenance Department.

He was preceded in death by his parents, a brother, Dale Ritchie; three sisters, Shirley Ritchie, Shelby Miller and Judy Caporale.

To order memorial trees or send flowers to the family in memory of Everett "David" Ritchie, please visit our flower store.