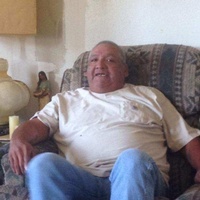 Viewing will be from 6 to 8 p.m. Friday evening at the funeral home. David passed away Tuesday, July 10, 2018, at Comanche County Memorial Hospital, in Lawton, Oklahoma.

He was born November 13, 1964, in Lawton Oklahoma, to Nicholes Watson Billy and Mary Belle (Fobb) Billy. He grew up and attended Frederick schools graduating with the Class of 1983. He worked as a farmer and wheat harvester. He enjoyed cook outs, dominoes and horseshoes. He was an avid OU football and softball fan as well as the Dallas Cowboys. After his niece attended Oklahoma State, he was known to wear OSU Cowboy gear and root for the black and orange. He was kind and generous and loved helping others.

He was preceded in death by his parents; brothers and sisters: John, Hazel, Aaron, Linda and Loretta Billy.