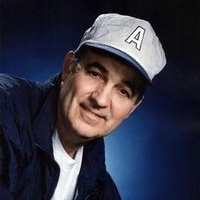 Dr. Tennessen passed away Friday, May 25, 2018, in Pearland, Texas. Arrangements were under the direction of Orr Gray Gish Funeral Home, of Frederick.

He was born August 14, 1936, in Lady Smith, Wisconsin, to Herman and Theresa (Arts) Tennessen. He graduated high school in 1954, from Lady Smith, Wisconsin.  He graduated from Garden City Junior College in 1956. He then graduated from Logan Chiropractic College in St. Louis, Missouri, in 1960.  He then lived in Perry, Oklahoma, and worked for a year at Perry Chiropractic. He moved to Frederick, Oklahoma, where he met his wife Alana French. They were united in marriage on November 28, 1965. He worked for Dr. Walls at Frederick Chiropractic. He also entered the United States Army Reserves in Frederick. He served honorably and was discharged as a Sergeant. From there, he went to Southwestern University in Weatherford, Oklahoma, and in 1969, he graduated with a degree in Athletic Training. He worked as a professor at Southwestern University teaching Biology and Kinesiology. In addition to teaching, he was the Athletic Trainer for the Southwestern University football team. From Southwestern, he moved with his family to Hobart, Oklahoma, in 1974, and worked as the athletic trainer and also taught Biology at Hobart High School until 1989. He was selected Teacher of the Year of Hobart Public Schools 1981-1982. He then worked at Altus High School as the athletic trainer from 1989-1995. He married Cora Sue (Johnson) Kitchen on March 18, 1995, in Frederick, Oklahoma. He worked for Frederick High School as the athletic trainer 1995-2000. He joined Ryan Ade at the Frederick Physical Therapy Clinic and worked from 1998-2010. He was inducted into the Oklahoma Athletic Trainers Hall of Fame on January 21, 2001. In 2013, Altus High School Athletic Training Facility was named after him, and he was commended by the Governor of Oklahoma, Mary Fallin. He moved to Pearland, Texas, in 2013. He was a member of Southview Baptist Church, in Pearland, Texas. He was a proud shareholder of the Green Bay Packer Football team stock.

He was preceded in death by his parents; his first wife: Alana (French) Tennessen; a sister: Ann Marie Mosicki; and a brother: Raymond Tennessen.