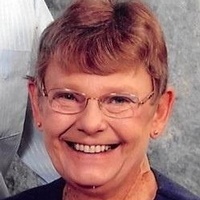 Mrs. Clemens passed away on June 2, 2018, from a brief battle with cancer. Burial is under the direction of Orr Gray Gish Funeral Home.

She was born on August 14, 1950, in Frederick, Oklahoma, to Ruby and John Herschel Morgan. DeNise graduated from Edmond High School in 1968, and then attended college at Central State University. While she was in college, she gave birth to her only daughter Kimberly Kay Hardy on January 4, 1970. Upon graduation, she got a job at Standard Oil of Indiana and she and Kim settled in Tulsa, Oklahoma. While working at Standard Oil, she met her soon to be husband Gary Clemens. On May 11, 1979, she married Gary whom she would remain married to for 39 years. With this marriage came her step-son Aaron Clemens. While in Tulsa, DeNise was focused on activities that included Campfire, and her kids’ extra-curricular activities. Once her kids graduated high school and went to college, she began pursuing her other passions which was dog training and genealogy. In 1994, DeNise and Gary moved to Tomball, Texas, where they would soon both retire. DeNise retired from BP Amoco after 27 years of employment. Upon retirement, she began showing Shetland Sheepdogs in obedience and confirmation. She loved traveling to dog shows, dog training seminars and other dog activities. She won numerous obedience titles with her dogs and raised two confirmation champion dogs. She volunteered time teaching classes at Dogwood Dog Training. She has touched the lives of many of her students, fellow trainers, and show friends because she loved to help others succeed. She was also an officer in Shetland Sheepdog Club of Houston.

DeNise is preceded in death by her parents.

Clemens and wife Nicole Clemens and children Will, Rhett, and Minnie Clemens,

The family requests memorial donations to the American Cancer Society.

To order memorial trees or send flowers to the family in memory of DeNise Camille Clemens, please visit our flower store.